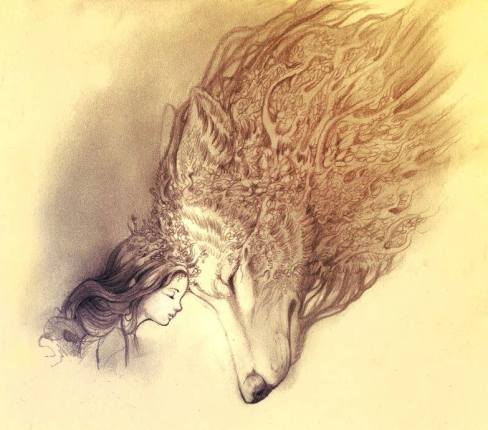 I swear to you that a husky is not a normal dog. Not in the normal sense when we think of dogs. They have their own way about things. They think on a different level than most dogs and it’s hard to understand.

I never fully understood them, and maybe never will, but I did see a change from working and running them. They want to work, they want to please you, and they want to show you the joy of running down a trail by sled or bike. They will share that with you but you have to ask for it. You have to prove you are worthy or at least trying to see the world in their eyes.

Cooper is two and a half years old. Most of that time he’s been aloof but since I’ve been running him and Nikki on my bike he has changed. What once was the aloof guy is now my closest friend and he longs to be with me as Nikki does.

They are now like glue to me. They lick me to death and are even content to be tied up as long as I am in sight. Both of them have changed into different dogs. They work for me and we share that feeling of running down the road. And now we share an even closer bond I didn’t think was possible.

As in most things in life…the more you put into something the more you get out. Maybe not always, but when it comes to your husky you will get more back than you put in. It takes time and work but the rewards are immense.

The level you want to get to with your own dogs is all up to you. They are willing and waiting on you to go to that next level or not. As the leader that is up to you how far you want to go.

All I can tell you is that there is more to your husky than you think. Don’t look at them as dogs…look at them as you would an undiscovered country. For that is what they are. It’s up to you to really discover all you can about your husky.

Look deep into their eyes, and find what you have been missing.

Explore every nook and cranny of this undiscovered country called “The Siberian Husky.”