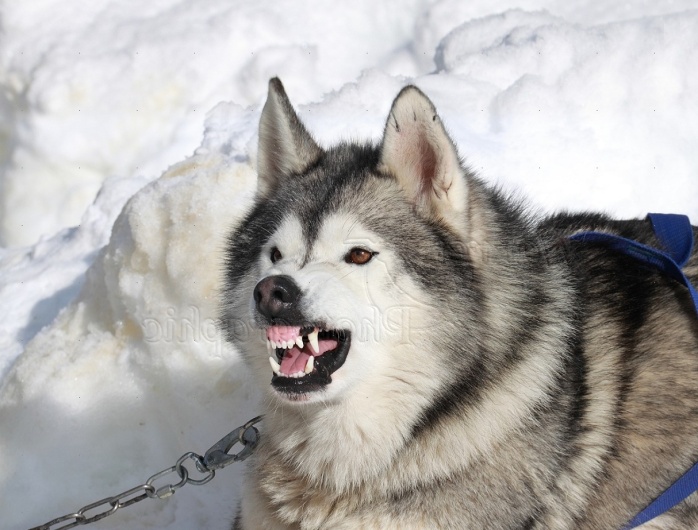 It’s a good thing huskies are a friendly bunch. I’ve mentioned before they can fight and take care of themselves if they have to. Here is a little example of how the Husky stacks up in the dog world for the power of their bite.

The strength of the bite of a breed can’t be measured with any accuracy because you can’t teach a dog to bite with consistent force time after time. The bite will be different each time it is measured, and each dog will have a slightly different measurement. It is important to keep in mind that when the bite force of a breed is discussed, it can only be in a general way.

Trained dogs typically have a higher bite force than untrained ones. A human averages 120 PSI (Pounds Per Square Inc.) As one of the two dog breeds that are closest in appearance to wolves, Siberian Huskies have a tremendous bite force of about 320 PSI. For reference it generally it takes only 130 PSI to break a human arm bone.”